Peter Tornquist has been appointed Dean at the National University of Singapore (NUS). Starting already in February, he will be going across the globe to lead the Yong Siew Toh Conservatory of Music (YST).

After an election process consisting of numerous interviews and test lectures, among several potential candidates, Tornquist was ranked by staff and students as the clear number one candidate.

The National University of Singapore has about 35 000 students. The conservatory is one of 14 faculties at the university.

– After a rigorous international search, we are delighted to welcome Dr. Peter Tornquist, who is an influential voice in higher music education, said the NUS President Professor Tan Eng Chye in a press release.

– Peter’s work has been central in establishing artistic research as a pivotal field of knowledge in modern conservatories, and a strategic tool for developing students as inquisitive artists. With his keen understanding of the challenges facing higher music education in the 21st century, I am confident that YST will continue to make great strides under Peter’s stewardship, he says.

– Evidently, my thoughts and experience match their visions for the institution.

Peter, on the new job 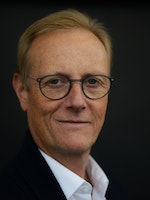 – The fact that they have chosen me for this job is, in my understanding, a great recognition of our achievements at NMH, says Peter.

NUS is one of the world’s most acknowledged institutions of education. Established in 2003 the Conservatory is now at a turning point, where the old, structural hierarchies are less steady than they used to be. A change of culture is going on, in which student’s initiative, independency and will to take control of their own education is seen as a positive thing. According to Peter there has been little tradition for this in Singapore; however, the leaders of the university are now beginning to see it as an advantage.

- Evidently, my thoughts and experience match their visions for the institution. I have been open about my intentions to develop so-called “creative spaces” for the students, meaning that we must work together with other disciplines at the university, and that the academic staff needs to be able to further advance their abilities, Peter continues.

He is also convinced that the QS Ranking in Performing Arts, where NMH advanced from 19th to 8th place this year, has made an impression in Singapore.

– They have a special ability to pull the weight together, to create solutions such as the building of fantastic, green buildings, or lifting people out of poverty. This is a mentality I look forward to participating in

Peter on the Singaporean mentality 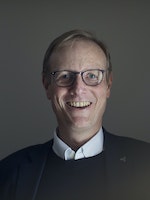 He is fascinated by the Singaporean mentality, and the society’s ability for innovation.

- Ambitious goals for the climate was set very early. Recycling of water. They have a special ability to pull the weight together, to create solutions such as the building of fantastic, green buildings, or lifting people out of poverty. This is a mentality I look forward to participating in, and bring into the music education.

The duration of his position as professor is 12 years, the job as Dean lasts for one three-year period at the time.

This is neither a holiday, nor a short-term work posting. What will it be like, leaving everything to live in Singapore for 12 years? What does his sons say?

- I will be working all the time. I will be married to the job, in a sense, and live in an apartment building on campus with the other foreign staff.

He is bringing two full suitcases, but furniture and other belongings will be left in the apartment at Majorstua.

- The fact that I can keep the apartment makes sure I don’t cut all connections, evet though the distance is long.

As it turns out, his 23- and 26-year-old sons are thrilled – both at the prospect of travelling across the world to visit, but also because they can borrow the Majorstua apartment from time to time.

– I will be working all the time. I will be married to the job, in a sense 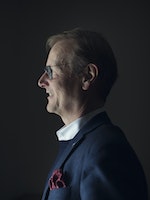 And he need not bring any cutlery, for cooking will not be a priority where he is going. His days will be all about work, dining at restaurants, which he is looking forward to.

- The food there is fantastic; real Asian fusion. I look forward to testing out the different restaurants in the neighbourhood and finding my favourites.

Those who know Peter Tornquist knows that he loves to run. A tropical climate with high humidity is no obstacle.

- I will be jogging at six in the morning. That is the coolest time of the day, before the sun comes up. The temperature in Singapore is pleasant and even, ranging from 26 to 32 degrees both day and night. And then the rain comes every afternoon around four o’clock, he says and smiles.

Some facts about Peter

Moving around the world is nothing new for Peter. He was born in Colombia, grew up in Brasil and Switzerland, and at 17 he moved to Sweden to attend Folk high school. There he came across new music, and in 1984 he became one of the first students to attend the Composition program at The Norwegian Academy of Music (NMH). Since then, he has stayed in Oslo.

- I am used to moving a lot and living in different parts of the world. Hence, I am good at reading the mood, understanding social codes and finding out what is important. How can I contribute here? At the NMH conferral dinners I have always encouraged the PhD. candidates to explore something new when they graduate. I compare it to a ship in a dock; you don’t know what the ship is capable of until you bring it out into the open sea. They should sail form land and out in the world. That is what I am doing now, too.

I am used to moving a lot and living in different parts of the world. Hence, I am good at reading the mood, understanding social codes and finding out what is important.